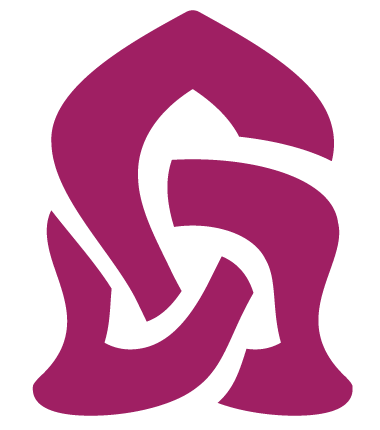 # 3 – Destiny, Difficulty and Laughter… Three Keys to Unlocking a Life of Joy

You have a destiny! We all have an expiration date and we spend way too much time and energy trying to be or achieve or experience things that just really are not important to us…all because someone told us that those things were the pathway to success!

We all come into this world naked, a bit gooey and overflowing with potential. Each of us arrives with a heritage of divinity and the seeds of greatness inside us. As we grow and develop, a destiny forms and if we nurture it, it becomes a clear vision of our future.

The destiny I speak of is defined as the gifts, ideas, talents, passions, and dreams given to us for accomplishing something unique for mankind. The destiny of some people directly affects the lives of millions of other people. The destiny of others may only directly touch the life of one person. Both destinies change the world, and impact generations of human beings for the better. Knowing your unique destiny is one of the keys to unlocking a life of joy.

Life is difficult! It is supposed to be difficult. It is difficult by design. Facing challenges and difficulties is the very thing that makes us grow best. All living things are designed for growth. When we stop growing we die, first spiritually and mentally, then physically. Leaning forward into the stiff winds of opposition and embracing difficulties is one of the keys to living a life of joy.

There is power in Laughter! Drudgery is not the design of our existence! “Man is that he might have joy” is the ancient teaching, and few things demonstrate joy better than laughter.

At the young age of 12, I was forced to face some pretty big challenges. It was at that tender age that something inside of me realized the fact that life was about growth, growth is hard, and we can either cry or laugh our way through it. I chose laughter. Laughing is a lot more fun and crying over things is exhausting! Laughter is one of the keys to unlocking a life of joy.

My Grandpa Ken was a product of what we call the “Greatest Generation”. He was one of the best and toughest men I have ever had the privilege to know. He was hard-working, honest, generous, and kind. He fiercely loved his family and treated my grandmother like royalty. If you look in the dictionary for the definition of a “real man” you will see his picture. I’m convinced he could have taken on John Wayne, Chuck Norris and Arnold Swartzenegger at the same time! To me he was a living hero. Ken didn’t seem to take himself too seriously, and he loved to laugh. In fact, if I had to put his legacy into a single word…that word would be: Laughter.

Ken and his brother Lee were lifelong best friends. They lost their mother at a young age and endured the hardship of growing up in the great depression without her. They watched out for one another through the years of the hardship, when every commodity in their lives was in scarce supply except for the love of two brothers who had each other’s back. They were like two halves of one whole, and for the most part they raised one another into manhood.

Ken and Lee had a long history of playing practical jokes on one another. It was their favorite sport! They were forever “one-upping” the other with one good natured, but embarrassing situation or another. The two of them retired about the same time with the expectation of spending their golden years together. It wasn’t long however, before Lee, Ken’s older brother and best friend in the world passed away unexpectedly. The pain and loss that he experienced would have crippled a lesser man.

Upon hearing the news of Lee’s passing, Ken stood tall and let the torrent of grief wash over him, then quietly went to work preparing the funeral. As a last and final practical joke, Ken purchased for his brother an expensive new suit…many sizes too small. He buried his brother in a suit that would have fit a representative of the Lollipop Guild (think Wizard of Oz)! Lee was laid to rest with his wrists and ankles exposed, and buttons ready to pop. The thought of seeing his beloved Lee in the afterlife dressed in that tiny suit gave Ken more laughter and more healing than anything else he experienced.

As Ken neared the end of his own life, he was ill and lost a great deal of weight. He spent more and more time resting in his bedroom located at the back of his modest home. When the people he loved came to visit he would hustle down the hallway and enter the family room with a big smile on his face.

On one such visit, not long before he died, he raced down the hallway to greet us and just as he entered the family room his pants, which no longer fit his frail and skinny frame, fell directly to the floor! There stood my hero in his tightie-whities and cowboy boots! After the obligatory split second of silence when no one breathes, Grandpa let out whoop and began to laugh! We all laughed until our sides hurt and that moment has become one of my fondest memories of him.

Ken knew his days left in mortality were few, and he was not going to let a single laughing moment escape him. He didn’t just live well into his 90’s. He lived well, period! He understood the keys of living a life of joy, and he exercised those keys every day! He understood his destiny of taking care of the people he loved. He understood that difficulties were part of the price we pay to become who we need to be, and he understood the healing power of laughter like no one else I’ve ever known.

We live in a day when everything seems to be in commotion, and so many people feel frustrated and unsatisfied with their lives. Seeking to understand the keys of Destiny, Difficulty and Laughter will help you create a life of joy and for some of you, truly live for the first time.